skip to main | skip to sidebar

My Five Favorite Songs of 2011

I don't make it a secret that The Roots are my favorite hip-hop group of all my time, nor do I try to hide the fact that Black Thought is by far my favorite emcee. It then goes to reason that the best song on what is one of their best albums would be holding down the number one spot on my top songs of 2011 list. "Make My" is an instant classic; beautifully nihilistic, it perfectly expresses the thoughts of somebody who is ready to be done with it all. The liner notes say that Khari Mateen had a hand in producing the song, and I think that really shows. I've been a fan of the kid's music since he was playing bass for Nouveau Riche.

Odd Future Wolf Gang Kill Them All is a pretty divisive collective. On one hand, the kids are talented as hell. Their production, lyricism, and creativity is on par with any one in the industry at times. On the other hand, they're still pretty young, and as such can come off as abrasive, annoying, and sometimes downright offensive. This song was my real introduction to the RZA of the crew, Tyler the Creator, and was more than enough to have me going back to check his (and the rest of OFWGKTA's) material. I had to throw the actual video in there for this one since it's really well done.


I've been a big fan of this group for a while now. I think I first saw them back in 2007. I was at a Hezekiah show at Silk City and the band's lead singer, Aaron Livingston, did a short solo set. I was impressed with his music, and became even more interested after finding out he was the guy singing the hook on The Roots' "Guns Are Drawn". I saw a ton of their shows throughout the next few years, and had nothing but good things to say about them. "Dragon Blues" is not only one of the best songs on Zero Zero, but one of the best songs in the group's catalogue (which is no small praise considering how much I enjoy their music). Since I tried to mix it up with the artists I've included in this list, I had to keep my other favorite track from that album off the list, but "Keep Time" is another excellent song worth checking out. Really, just get the whole album already.

Well, would you look at that! Not everything I like is depressing or violent. I absolutely fell in love with this group and their three song ep, The Story. Despite being named "King", they're actually a trio of women (and very talented ones, too). They impressively handle both the vocals and the production on this project, with fantastic music and beautifully sung melodies. I strongly recommend checking the EP out. The only knock against it is the length; at 13 minutes long and will have you desperately waiting for a full length from the group.

I love hip-hop, and you'd be hard pressed to find a better straight up, no-gimmicks hip-hop track than "25th Hour" in 2011. Despite the fact that I never heard of him before this song, R.E.K.S. definitely caught my ear with this one. The second verse is probably the illest I've heard this year. That coupled with production from the greatest hip-hop producer of all time (a.k.a. DJ Premier) makes this an easy choice to round out my top five.

And now, for a few honorable mentions:

Aeon - One For Rob (from Beta Max) - Excellent instrumental from one of Philly's best producers.
Writtenhouse - Cigarette Smoke (from While You Were Sleeping) - Dope track from Philly hip-hop trio (now duo), the House).
Pharoahe Monch - Clap (from W.A.R. (We Are Renegades)) - My favorite track off of Monch's 2011 release.
Illvibe Collective - 80 Days (from All Together Now) - Fantastically soulful song featuring Ne'a Posey.
Elucid - Fuck The Dumb (from Super Chocolate Black Simian) - "Nobody's asking questions. They just want a job."
Dumhi - Paramount (from The Whole World Is Watching) - Great production from Haj and dope verses from Random, Ethel Cee, and Reef the Lost Cauze.
Curren$y - #Jetsgo (from Weekend at Burnie's) - Not my normal thing, but this is undeniable.
Tanya Morgan - Together (from You & What Army) - I personally was not aware Exile could rap.
Random Axe - Understand This (from Random Axe) - Cricket noise in the background. Sick.
Small Professor - Long Island (Iced) (from Elderly Jawns) - I heard an early version of Small Pro's upcoming album in 2011, but it doesn't release until later this month. You should get that.

Thanks for reading. If you like any of the music, please buy it and support the artists.
No comments: 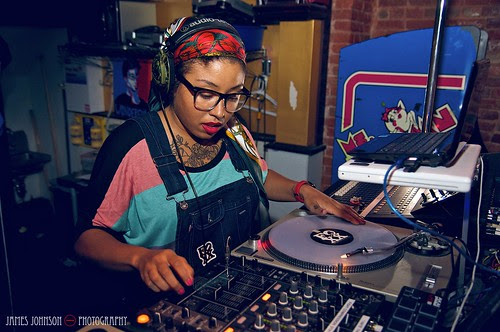 I'll be the first to admit that I've never been much of a reader. It's not that I don't enjoy the act of reading, I've just always had an inherent disdain for books. I'm the kid that grew up with cable, had a joystick in his hand since the age of two, and was on the internet as soon as we got a computer in the house. I'm technologically inclined and turning those physical pages with my hand is akin to the sensation one gets from nails on a chalk board. The advent of digital book stores and e-reader devices like the iPad and Kindle have sparked my desire to read through the instant gratification of purchasing books without leaving my house as well as doing away with the dirty feeling I got from handling books. Since the Kindle store opened I've read more books for fun than I have in my entire life before then (which isn't saying all that much, but still). The latest book I checked out was The Brief Wondrous Life of Oscar Wao by Junot Díaz.
Although the book is a fictional account of a family from the Dominican Republic, focusing on the titular character and the curse (or "fukú") that he eventually succumbs to, it  gives a portrayal of Dominican and immigrant culture that I wasn't quite expecting. Despite having trace amounts of Cuban in my DNA (1/16th from my father's side), currently dating a Dominicana, and one of my favorite Aunts being Puerto Rican, I don't know a lick about Latino culture or history. I've always just considered myself a regular black guy, was raised in a regular black family in a majority black neighborhood. The schools I went to that weren't majority black were majority white, and I've never had any class anywhere that talked about Trujillo, Hatuey, Anacaona, the Parsley Massacre, or any of the many topics the book touches on.
As an outsider looking in, the book did an excellent job of mixing the history of the Dominican Republic in with the novel's fictional accounts of Oscar and his family in a way that still felt pretty familiar. Part of that is undoubtedly due to the narrator's voice being recognizably nerdy (with references to Marvel Comics, Japanese anime, and J. R. R. Tolkien) while at the same time authentically hip-hop, with the cadence of a great emcee. It even featured a liberal use of the n-word (albeit with the hard 'er' instead of the 'a' I'm used to hearing), which in and of itself was very insightful in regards to the way Dominicans view themselves and their Afro-Latino ancestry. The only real part of the language that threw me off was, well, the Spanish part. I don't speak a lick of it, and the person who recommended the book to me (being Puerto Rican and a Spanish speaker herself) didn't think about the fact that the story mixes in Spanish words and phrases heavily. I think that I got the gist of things for the most part, but there were undoubtedly some things lost in translation (or a lack thereof).
All in all, it was an excellent, eye-opening, and thoroughly entertaining book. Easily the best book I've read this year and one of the best in recent memory. I'm looking forward to reading this again a few years down the road. Hopefully I'll know Spanish by then.
No comments: 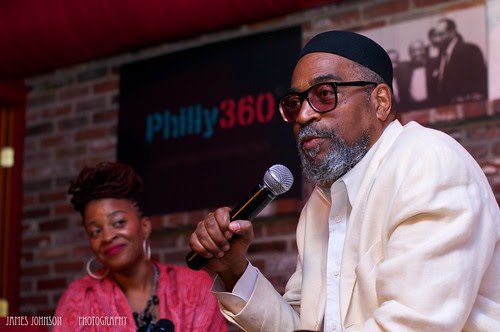 Despite the number of shows and artists I've seen and shot over the years, I don't think many can compare to the man in the photograph above. That's Mr. Kenneth Gamble, part of the world famous song writing duo, Gamble & Huff. He helped pioneer the "Philly Sound" and shaped the landscape of American music for decades. He's worked with some of the most talented singers and musicians to ever press an LP, and he continues to create great music and spread positivity through Philadelphia and across the globe.

I've been on an Elucid kick for the past few days. This guy is a bit like MF Doom, The Roots, Outkast, and other artists with a body of work that just absorbs you to the point where you'll play nothing but their music for a week straight at times. Aside from Super Chocolate Black Simian, I've been bumping his tracks from Fif (Rock the Dub's mixtape). One of the songs from that is produced by the homie Small Pro, so definitely check that out. 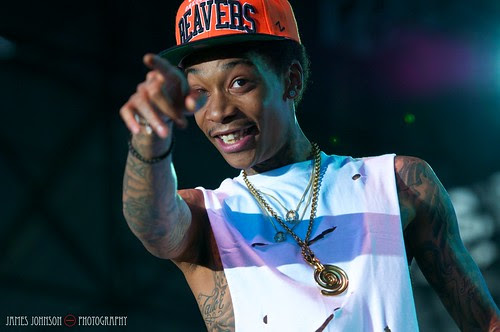 Wiz Khalifa 3, originally uploaded by LiveFromPhilly.
Be sure to stay tuned to Philadelphia Music Magazine to check out my flicks from the Roots Picnic. This one right here is of Wiz Khalifa (in a moment of weakness I shopped this pic to fit the "u mad?" meme; pic after the break).

There's already a great video over at PMM of Edward Sharp doing his thing on stage (as well as a ton of other excellent videos).

Hello, is this thing on? I'm not sure that anyone is still reading this blog since I started it, but I'm going to make an effort to actually start blogging again. I started the blog a while ago as a way to shed light on events around the City, which eventually led to me doing the same thing for a large local media company. As I started doing that, this blog changed and then was largely ignored while I dealt with deadlines, show reviews, interviews, and all sorts of other interesting journalistic things. I tried to do a reset in February and bring some focus back to to the local scene, but I couldn't seem to muster the same motivation I had in the past.

I think I'll leave the upcoming events stuff to my good friend George Lawrence over on his Tumblr and stick to something that doesn't quite require regular posting: photography. I've been shooting events in the City for almost as long as I've been writing about them, first as a freelancer with Phrequency.com and now as a freelance to whoever wants to hire me. I've been lucky enough to work with a number of talented and creative individuals, and I hope to use this blog to share my experiences (as well as general musings on technology, photography, music, sports, and whatever else pops up in my head). Bottom line: this time, it's personal.